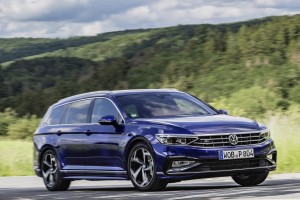 The Volkswagen Passat has now been enhanced with a range of great improvements.

It’s been one of the most popular cars around the world and there’s a new enhanced Volkswagen Passat available.

The Passat has racked up more than 30 million sales and this eighth generation model benefits from the latest powertrain, connectivity and engine technologies.

The order books have opened with a wide choice of transmissions and engines and more options are set to follow.

VW also says that a limited estate-only R-Line edition will also go on sale with all of the Passat models featuring lots of equipment.

The engine is mated to a seven-speed TSG transmission and later this year a 1.5 litre TSI unit with active cylinder shutdown will also be on sale and it will be coupled to a six speed manual gearbox.

Potential drivers can also opt for three diesels that have four-cylinders with the 1.6 litre TDI producing 120 PS and there’s a 2.0 litre TDI unit producing either 190 PS or 240 PS.

Also, the diesel engine delivers a VW first in that it’s the first diesel unit to feature active cylinder shutdown.

Equipment for the Volkswagen Passat 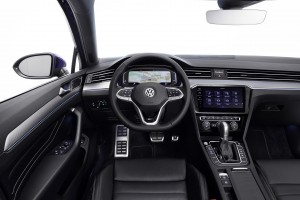 The new Passat also features the firm’s Travel Assist which makes its debut to have a partially automated driving mode at speeds of up to 130 mph.

The system combines adaptive cruise control to adjust the speed and will slow for junctions, corners and obey temporary speed limits.

The car’s lane assist function will also recognise grass verges and kerbs, along with road markings.

The limited edition R-Line estate will have 19-inch alloy wheels, dynamic chassis control and satnav with a 9.2-inch colour screen.

The popular Volkswagen Passat GTE will also make a return and have an electric range of 34 miles.

Along with a new Passat, the impressive Alltrack has also been enhanced with a raised suspension and better wheel arch and underbody protection.

While the new VW Passat competes in a competitive segment, there’s still a lot to like in what has become a perennial favourite.