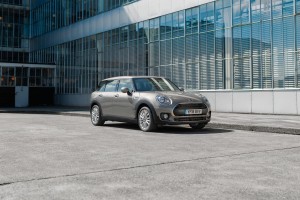 The new Mini Clubman City offers lots for the money with satnav among the equipment list.

This is the impressive new Mini Clubman City, which comes packed with equipment and is unashamedly aimed at the business and fleet markets.

With emissions starting from 109g/km, it’s a great car to drive around town. Prices for the new model begin at £19,995 OTR.

It’s available now and has impressive running costs and could make an economically sound choice for those who want a stylish and well-made car.

Engines for the Mini Clubman City

Engines for the Mini Clubman City include a diesel and two petrol variants.

They all comply with the latest Euro 6d-Temp emission standards with the diesel unit offering 116 HP and automatic transmission.

It’s also the fastest of the new City models on offer and will reach 62 mph in 10.8 seconds.

There’s also a Clubman City with a manual transmission offering 102 HP and an automatic version for the petrol engine as well.

Equipment for the Mini Clubman City

As mentioned previously, the equipment levels for the impressive new Mini Clubman City include satnav with real-time traffic information and intelligent emergency calling.

The Clubman utilises split rear doors and these are retained for the City model and premium materials have been used throughout.

There is enough space on board for five passengers and there’s a big luggage capacity.

While the Mini Clubman City is aimed at business drivers, there’s a lot to recommend the vehicle for those who are not racking up big mileages but want to enjoy a well-designed car offering lots for the money.