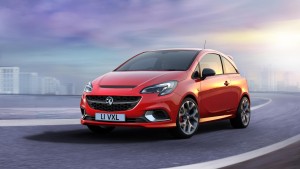 The Vauxhall Corsa range has been updated to help maintain its popularity in the UK.

It’s one of the UK’s most popular small cars and now the Vauxhall Corsa has been updated.

The model range has been simplified and the three and five door variants have now just seven trim levels.

Lots of new equipment has been added and standard features for the top end models include integrated satnav as standard. Prices start at £11,250 OTR for the Active model.

Engines for the updated Vauxhall Corsa

The engines for the updated Vauxhall Corsa include new euro 6.2 compliant units across the range and there is a new 1.4 litre petrol engine that’s coupled to either a five or six speed manual box or an automatic transmission.

The new Corsa engines will return around 51 mpg with emissions of 128g/km.

Other new equipment for the refreshed Corsa includes air conditioning on most models and the firm’s Navi 4.0 InteliLink touchscreen satnav and infotainment system.

There’s also the option of a new Lux pack available for those who want the Corsa SE Nav model, which will cost £1,550 and includes extras such as a rear view camera, single zone climate control, tinted rear windows and 17-inch diamond cut alloy wheels. 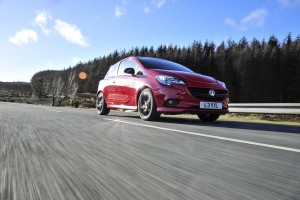 Along with the refreshed line-up, there’s a new Corsa GSi which costs from £18,995 OTR.

The Corsa GSi also offers a Plus Pack with features Recaro leather seats, 18-inch alloy wheels and bi-xenon headlights that have cornering function.

The engine delivers acceleration from 0 to 62 mph in less than nine seconds and on to a maximum speed of 129 mph.