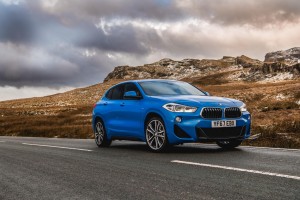 The new BMW X2 will impress with four variants.

With its recognisable sporty design, the new BMW X2 will take the popular SUV to new heights.

While there are four variants available from launch, the SE and the Sport, as well as the M Sport and M Sport X, there will just be one engine, the xDrive20d.

However, more engines will be added later in the year including the sDrive20i and the xDrive18d.

Drivers should expect great handling from the X2 thanks to the all-wheel drive system and the car’s chassis which will deliver the balance between efficiency and sporting dynamics.

The enjoyment levels are also boosted with digital services including the firm’s Connected Drive.

While the new BMW X2 is slightly shorter and lower than the current X1, it’s built on the same wheelbase and the X2 has a coupe-style roofline and slim windows to help it stand out from the crowd.

The new model also features full LED headlights as standard and wheel sizes are available up to 20 inches with 17 inch alloys being the standard fit.

There’s also side skirts to help deliver its rugged good looks and some models have cladding available as well.

The BMW X2 is a car of character 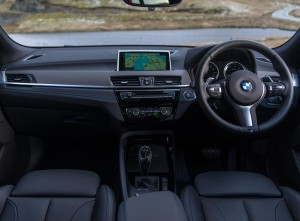 The design language also highlights that the BMW X2 is a car of character with twin exhaust tailpipes and the strong design cues resembling other BMW models.

The interior has also been well designed and well put together with lots of equipment with extensive use of contrast stitching, including the instrument panel.

The boot has a capacity of 470 litres so there’s plenty of space for luggage or mountain bike touring and plenty of large storage pockets in the doors.

The refined chassis delivers good levels of handling with agility and good feedback from the steering wheel.

The car’s responses can be adapted with a control switch with the various modes ranging from comfort, eco- and sport.

BMW says that the sport mode has been pre-programmed so will deliver a dynamic steering response and improved powertrain performance.

The impressive new BMW X2 is available now with prices starting from £33,980 OTR.