I may be a BMW fan, but that doesn’t mean everything they do makes sense to me. Far from it, in fact.

For example, I wasn’t too impressed with anything American designer Chris Bangle (with BMW between 1992 and 2009) came up with, though there’s no denying it was during his time as Chief of Design that BMW overtook Mercedes in terms of sales figures.

Another thing that I think isn’t sensible is having an SUV corresponding to each ‘normal’ car in the model spectrum and then pricing it as if it’s actually worth anything. Though I can imagine buyers to appreciate the higher-up seat for reasons of having a better overview of what’s happening on the road, there isn’t any other reason I can think of that would make any well-informed person prefer an X1 over a normal 1-Series. Or a 3-Series, because price-wise that’s more attractive than an X1.

Think about it: an X1 is pretty pointless. Contrary to what you are meant to believe, an X1 doesn’t actually provide any more space. It’s bulkier size does mean it’s hitting more air though, meaning it’s less fuel efficient. It doesn’t actually have any terrain capability, not even with four wheel drive. It doesn’t look good, unless you like dogs. It does, however, make you look bigger than you are, which explains why people do in fact buy it.

Anyway, in the Pointless Cars category, BMW now seems to plan a new customer offer: an M7. BMW’s M-division has been the brand’s house-tuner for ages and M-models offer the summit of sporty driving in inconspicuous looking account manager saloons. Only a connoisseur will recognise an M and they’ve always been the benchmark for Audi’s RS and Mercedes’ AMG competitors. Now, apparent demand from markets with lots of people with lots of money made BMW think about extending M’s reach to the 7-Series as well now.

So, why is an M7 pointless? Because a 7-Series is designed to be driven in. It’s a limousine. It’s about getting from A to B in comfort and tranquillity, usually making the trip as little a distraction from work as possible. So imagine what’s going to happen to those contracts you have to sign when your driver is accelerating like a hoody when the lights turn green and drifting your M7 around corners like a rally driver?

Exactly! An M7 is completely and utterly pointless to any owner. But I’d love to be the one driving it! 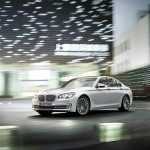 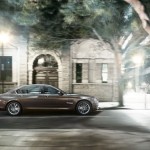 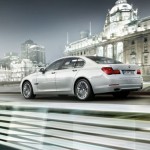 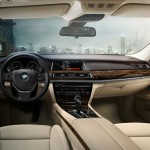