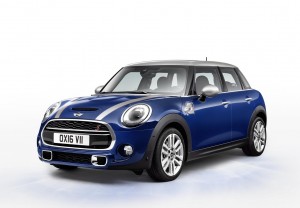 The new Mini Seven is a showcase of the carmaker’s latest design and technology ideas and pays tribute to the original Mini, the Austin Seven which was launched in 1959.

The new car will join the Mini Hatch range and is available with three or five doors with a new exterior look has been specially designed for this model and an interior that no other model in this generation of Minis has.

The special edition will be recognisable with a blue tone that Mini describes as the ‘most intensive ever’ though there are three other paint schemes to choose from in black, racing green and white. 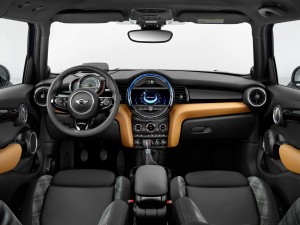 The Mini Seven also has a ‘melting silver’ roof and mirror caps that contrast with the distinctive body finish. There’s also the Mini Seven logo on the side scuttles and door sills.

Mini has also given its Seven unique 17inch light alloy wheels, bonnet stripes and sports seats that have been specially designed for it.

Inside, the Mini Seven logo is also dominant in the central instrument display which features the firm’s 6.5inch colour display for its Connected system and for Bluetooth hands-free use.

As with all Minis, there’s a long list of personalisation options including the bespoke Mini Seven Chilli pack which offers a unique steering wheel, leather upholstery, cruise control, multifunction controls on the steering wheel and LED headlights.

The official launch for the new Mini Seven is at the Goodwood Festival of Speed and orders are now being taken with the three door Mini Seven starting at £18,545, while the five door model costs £19,145.