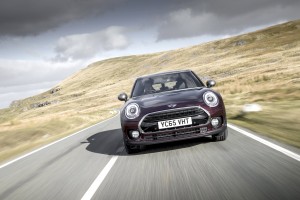 The regeneration of its model line continues and now the Mini Clubman has been made over to appeal to new fans.

There have been some innovative touches and some nice design ideas for this premium five seater.

The Mini Clubman still retains its split rear doors but there are now four side doors to improve practicality.

In addition, the car is slightly bigger than the one it replaces which means that there’s more space on board for the driver and occupants.

Derivatives include the Mini Cooper Clubman

At launch there will be the familiar range of derivatives including the Mini Cooper Clubman, the Cooper S Clubman and the Cooper SD Clubman.

Drivers also get the choice to enjoy a new eight speed Steptronic automatic gearbox as well as a six speed manual.

Along with an impressive list of options, the Mini Clubman also has a lot of equipment fitted as standard including the firm’s satnav system. The list also includes Bluetooth connectivity, alloy wheels, interior lights pack, start/stop with keyless start while other models come with twin exhausts and sports seats for the driver and the front seat passenger.

Under the bonnet, the Mini Clubman comes with the latest TwinPower Turbo engines from the firm which should return around 69 mpg and have emissions of 109g/km.

Following the success from the revamped Mini Hatchback as well as the five door version, Mini have high hopes for its Clubman.

The new Mini Clubman will be built at the firm’s plant in Oxford and prices start at £19,995 OTR.