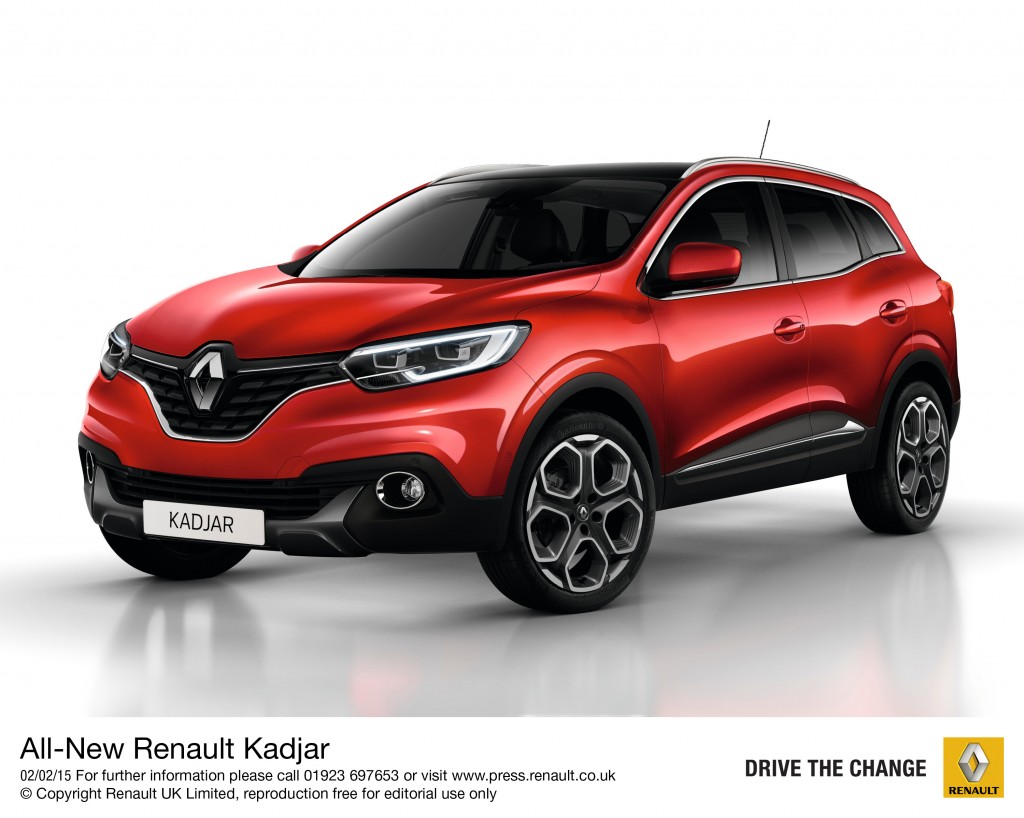 Buoyed by the success of Captur, Renault is continuing its offensive in the world of crossovers with the launch of Kadjar, the brand’s first C-segment crossover.

In a fast-growing and extremely popular area of the market, Kadjar will boost Renault’s ambitions on the international stage, as it is due to go on sale initially in Europe and in many African and Mediterranean Basin countries, followed by China, which will start manufacturing the vehicle this year.

Available with either four- or two-wheel-drive transmission, the Renault Kadjar encourages adventure while at the same time delivering easy manoeuvrability in town thanks to its compact footprint.

Furnished with high-quality interior appointments and modern equipment, the Renault Kadjar offers advanced connectivity with the R-Link 2® multimedia system, along with a relaxed experience behind the wheel, courtesy of the latest driving aids.

The Renault Kadjar also benefits from a range of particularly efficient engines which position it at the forefront of the segment in terms of low fuel consumption and CO2 emissions.

To be unveiled at Geneva Motor Show

It will go on sale in the summer in both Europe and a high number of countries in Africa and the Mediterranean Basin region and is scheduled to appear in RHD form in the UK in the Autumn.

In 2014, almost one in every five vehicles sold across the world was a crossover, with the segment enjoying a market share of 23 per cent in Europe and 26 per cent in China. The segment consequently represents a real entry point to the key growth markets targeted by the group.

Renault is widely established in Europe, occupying third place in both the passenger vehicle and LCV markets in 2014. Kadjar will be manufactured at Renault’s Spanish plant in Palencia, which currently exports 83 per cent of its production to more than 50 different countries across five continents. Kadjar will go on sale this summer in Europe, followed by the majority of the Mediterranean Basin countries and Africa.